We create mobile applications for devices such as:

We develop the appropriate UX and UI necessary for the intuitive and simple use of the application.

We build solutions in the technology tailored to our clients’ needs..

We monitor the operation of the application and debug it accordingly.

Testing supports identifying and debugging, as well as improvements to the performance of the application.

"I appreciate the ImpiCode commitment, friendly attitude, and excellent understanding of our needs. They are not only great partners but also experienced developers. I want to highlight that ImpiCode has done a great job."

What to know to create a mobile application for iOS?

First of all, bear in mind that the process of creating an iOS mobile application is faster and cheaper compared to building an Android application. IOS applications are created in the Swift programming language, which does not require writing as much code as Java, which is the most popular language used to build Android applications. A shorter work time of developers means lower costs, and that’s why iOS is very often chosen by startups to create MVPs.

According to data from the Statcounter website, the share of mobile devices with iOS in the global market is about 28%. Since 2017, there has been a slight but steady increase in sales of these devices, meaning that increasingly more people reach for iOS devices. One of the main goals of Apple's business model is to gain customer loyalty. A loyal customer will not only buy an iPhone, but also buy other Apple devices such as an iPad, an Apple Watch, or even opt for Mac OS, and then recommend these products to their friends. The iOS system has a high level of security, which positively affects its popularity.

Apple noticed that people simply like beautiful things, so they managed to create an elegant and fashionable appearance for their devices. No wonder that the majority of iPhone users are women who pay more attention to features such as appearance, color, and shape than do men. The quality and functionality of such devices popularize the iOS system.

The regions boasting the largest share of sales of iOS mobile devices are North America, Western Europe, and Australia. In these countries, users most often choose Apple devices. It is due to the fact that iPhones and iPads are more expensive than most smartphones and tablets from other brands. The average citizen of such countries as Australia, France, Great Britain, Norway, Canada, and the United States is statistically richer than a citizen of other countries and therefore can afford to buy a more expensive device. According to Apple’s research on consumer characteristics and behavior, the average iOS user is younger than the average Android user. Additionally, it was observed that women buy iPhones more often than other smartphones. Companies often provide their employees with iOS devices because Apple assures the security of applications for the iOS systems.

History of the technology’s origin

The history of the iOS system is related to Apple and the creation of the first iPhone. In 2007, Apple Inc. released iPhone OS 1 running on a new operating system without an official name. Initially, the system was simply called MacOS X. It was not until 2008 that the name of the system was changed to iOS. Since then, the system has been used in subsequent versions of iPhones, as well as in iPads and Apple Watches. Apple continues to develop its software, and each new version of the system is announced at the annual Apple World Developer Conference. A presentation of a new system is usually made at the same time as a new iPhone is released.

IOS is the second most popular operating system for mobile devices in the world. Its main competitor is Android. However, both systems and the applications developed on them differ significantly in some respects. Below are presented the most important features of iOS mobile applications.

iOS has a closed ecosystem. This means that only certain Apple-branded devices have access to the iOS platform. The company decided to build its product environment around iOS to gain regular and loyal customers. The closed ecosystem has its advantages and limitations. From a programming point of view, the biggest advantage of iOS is the relatively small number of devices supporting the system, which makes testing much easier. However, the lack of compatibility with non-Apple devices is the biggest problem for users.

Monetization is very significant for creators and investors. Defining the characteristics and behavior of potential customers should help to select a monetization strategy. The iPhone user is statistically richer than the user of other smartphones, therefore such a person is also more willing to pay for a downloadable application. For this reason, there are more premium applications for iOS than for Android. Although users download half as many applications from the App Store, they generate almost twice as much revenue compared to the Google Play store. iPhone users also more willingly make purchases in the application and pay for subscriptions or premium accounts.

iOS apps are published on the App Store. The publishing process is simple but longer than with Google Play. Firstly, you need to create a paid iTunes account to start the publishing process on the Apple Store. The app is not published in the store immediately after adding, but after being checked and approved. The App Store has stricter product quality policies and requirements than Google Play, so the whole process is more time-consuming. The application may even be rejected by the App Store if it does not meet the high-quality requirements. For a poor-quality app, the publishing process in the Apple Store will fail. Bear in mind that the App Store prides itself on being the most profitable store when it comes to selling mobile applications. Currently, there are almost two million applications in the store, and their number is growing.

Most iPhone users update their devices to the latest versions of the operating system. It is estimated that about 95% of iPhone users have one of the two latest versions of iOS installed on their devices. This is a key point that makes programming and application development much easier. iOS apps should be created in a certain way, so they can be quickly, efficiently, and easily updated to the new software version. Since users of iOS devices update the system, developers do not have to worry about adapting the application to older versions of the system, because few people use them.

IOS mobile applications do not only function on iPhones, but also on iPads. The tablet market is still large. Currently, many people use iPads because of their numerous advantages. Apple brand tablets are comfortable, and user-friendly. Additionally, they have a very elegant design. Most iPad customers use them to watch a movie, shop, play a game, or browse social media. IPads are eagerly used by people of all ages, from teenagers to the elderly.

When is it worth building an iOS mobile application first?

Before developing a mobile application, think about the targeted system on which it should function. It is not always profitable to build an application that works on both Android and iOS. Sometimes it pays to create firstly for one system, and then for another after some time. The industry, location, and customers define when it is worth building an iOS mobile application.

In the case of an e-commerce application, iOS should be the first choice. iPhone users are more likely to shop in applications than Android users. iOS devices are eagerly used by corporations, so it is worth building dedicated solutions for iOS first.

The iOS applications should be created firstly in North America, some countries of Western Europe, and Australia. In these countries, iOS devices are more popular than Android devices.

What to keep in mind when designing the appearance of a mobile application for iOS?

Appearance is one of the most important factors in the success of a technological solution. The application, with its interesting appearance, can attract many users. For this reason, it is important to know some basic design rules. First, the color palette should be carefully selected. Choose the colors that refer to the company's brand. For interactive elements, it is best to choose bright colors that catch the eye. A big advantage of iOS is automatic color matching for both light and dark themes chosen by the user. In addition to colors, the readability of the text is also a very important factor. Pay particular attention to the font style and size to make the text visible and legible.

Brand recognition is influenced by the logo. However, while the company's logo shouldn't be the most important thing in the app, its location in the right place is very significant. When developing iOS applications, the standard gestures used should be followed. An example would be to swipe from left to right to go back to the previous screen. iOS users are used to this standard and do not like changes. When designing, make sure to provide appropriate navigation. The navigation bar should be placed at the top of the application along with a button to return to the previous screen. This makes navigating the app more predictable for users.

If you want to find out more about creating mobile applications for iOS or need a solution in this field - write to us via the contact form.

Nowadays, it is hard to imagine a serious company operating without the support of technological solutions. One of the main objectives of IT systems is to automate business processes, help... 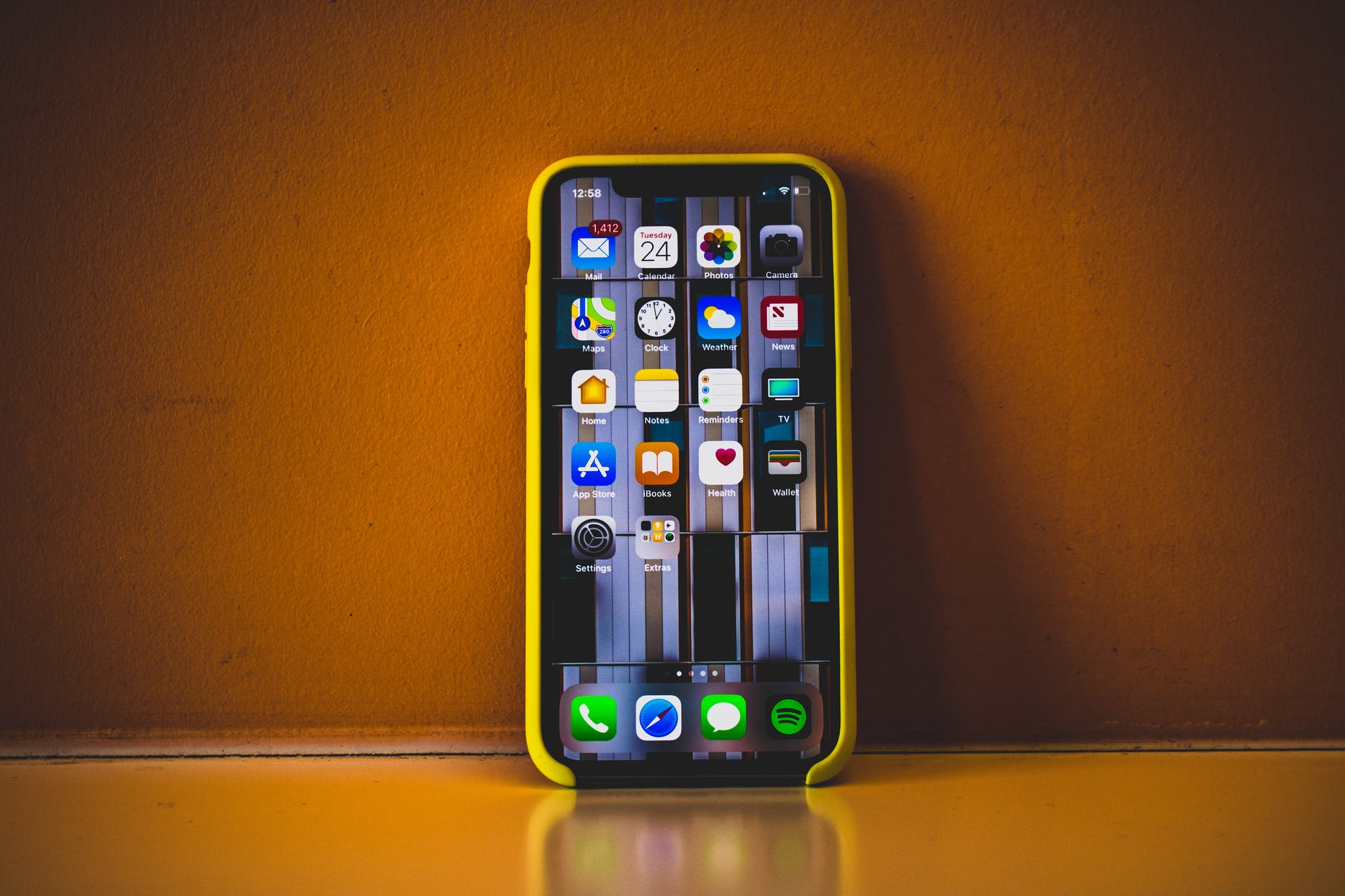 The American movie "Field of Dreams" tells the story of a farmer who once heard the words "if you build it, he will come" spoken by a mysterious voice. This...

Mobile applications are created for many reasons. Creating an MVP usually checks the product concept and collects valuable feedback from early adopter users. When a solution is built specifically for...

React Native is a relatively new open-source framework that enables the development of applications for mobile operating systems such as Android and iOS. The framework was released in 2015, but...

Smartphones and other mobile devices have become an integral part of our everyday lives. According to IDC, over 358 million smartphones were delivered to the global market in the third...